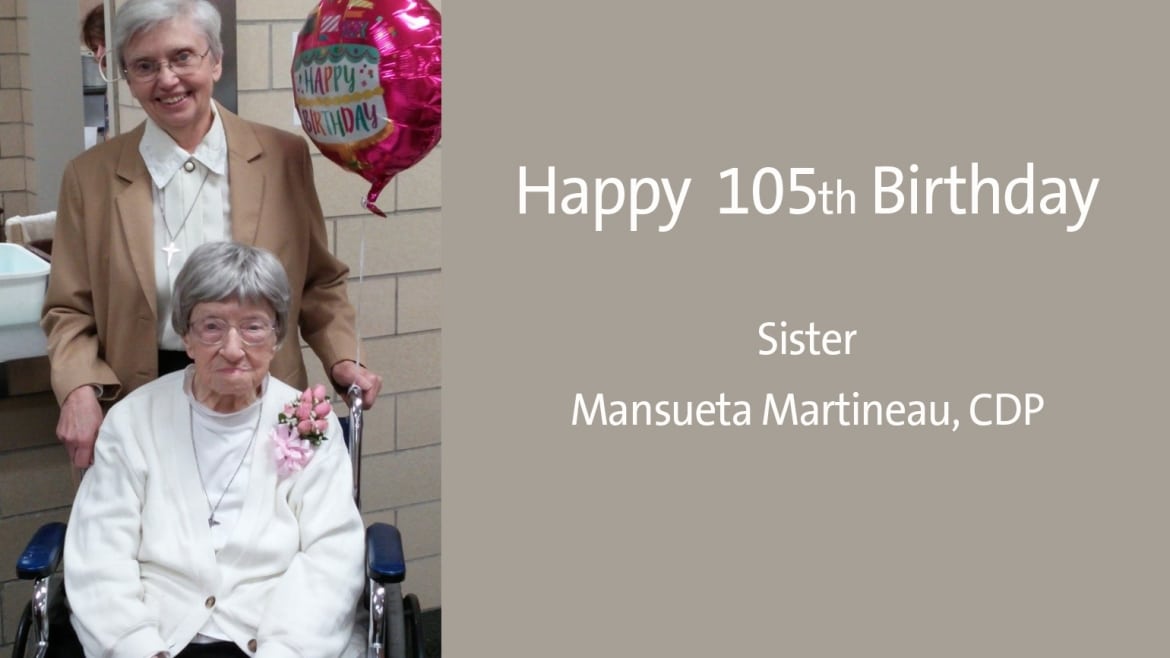 In 1914, Charlie Chaplin made his silver-screen debut; the cornerstone of the Lincoln Memorial was laid in Washington, DC; a political assassination sparked the First World War, and Sister Mansueta Martineau was born in Piercefield, New York on March 3.

Sister says, “When I was about seven, my dad lost his job—it was the Depression—and we moved to Tennessee, to be near my mother’s family in Johnson City. My dad took up barbering.”

When she was old enough for high school, Sister Mansueta went to St. Camillus Academy in Corbin, KY, where she met Sisters of Divine Providence and eventually decided to enter the community.

“I went to the convent when I was 17. And it was seven years before I was able to visit home again.” Family wouldn’t remain distant for long, though. Two of her sisters followed her into the convent, Sr. Josephine Mary and Sr. Mary Amabilis.

The number of years Sister Mansueta has marked might be less impressive than the degree to which she has enjoyed each one. “God has blessed me with a long life, and I’ve always been happy where I was, and I always got along with the Sisters. They put up with me,” she says laughing. Her charm, wisdom and wit are still ever-ready.

Her birthday was celebrated at Holy Family Home with staff and employees, with the Sisters including a visit from Mayor Ronnie Walton of Melbourne, KY who proclaimed it Sr. Mansueta Day in the city, and a scoop from a Channel 9 News Reporter, which was featured on the 6:00 broadcast that evening.

Her family joined her for the rest of the afternoon and all enjoyed a video presentation made by Director of Communications, Katie Carroll, featuring none other.

Reaching 105 is no small milestone, but 2019 also marks her 85th year as a Sister of Divine Providence—a truly notable achievement. 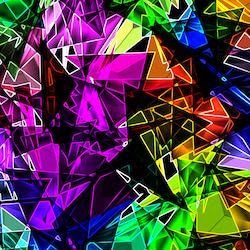 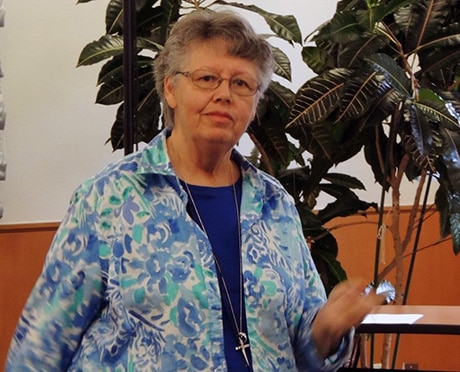