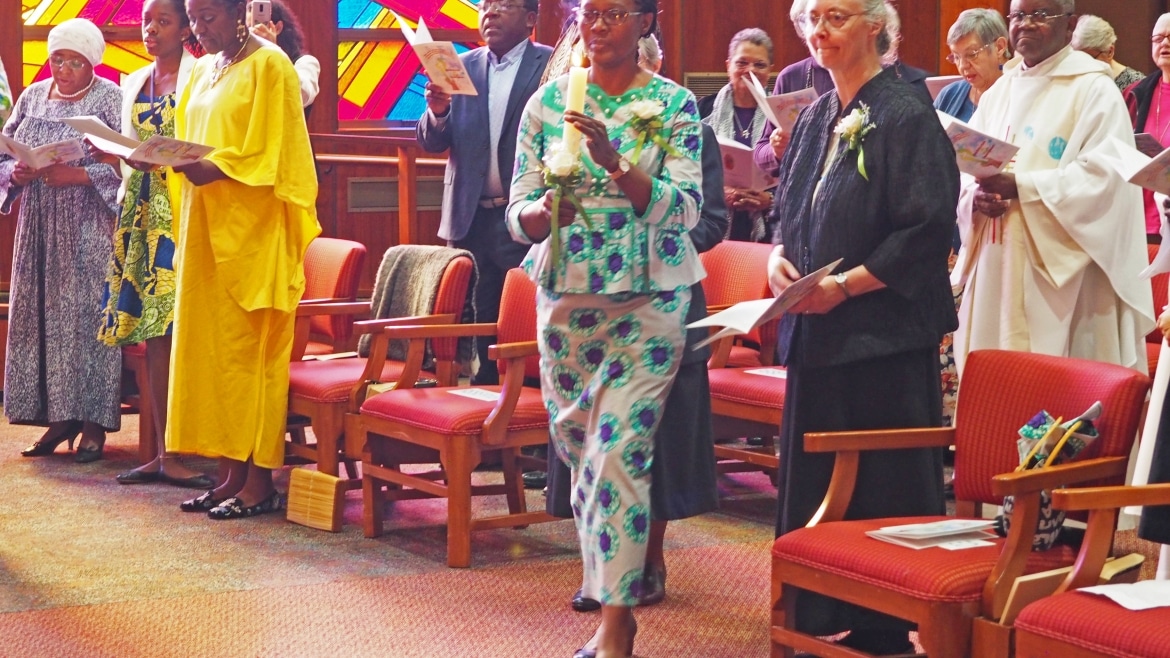 Sister Marie-Thérèse Gnamazo of Cameroon made first profession of vows as a Sister of Providence in a multicultural liturgy on Nov. 23, in the chapel at St. Joseph Residence, Seattle.

The ceremony was attended by guests from the West Coast, Canada, El Salvador, the Philippines, Chile, France and Cameroon. Those from Cameroon who couldn’t attend in person celebrated virtually via livestreaming on WhatsApp.

In keeping with the tradition of Sister Marie-Thérèse’s culture, the day ended with a lively celebration featuring African music and international food.

“First vows are really important because they are my ‘yes’ to God,” said Marie-Thérèse. “Taking my vows is a continuation of my life as a sister. I will live those vows and continue to learn and serve the poor as Blessed Emilie Gamelin did.”

Originally from the rural village of Lomié in Cameroon, Marie-Thérèse first felt called to religious life at age 14. After completing her education she moved to Seattle for a Come & See with the Sisters of Providence in 2008.

Because she was not certain of her calling, Marie-Thérèse became a Providence Associate and returned to Cameroon. In the ensuing seven years, she made a significant impact in villages around Lomié, Abong-Mbang, through a nonprofit she founded called African Solidarity in Action. She raised funds to build a well, provided tuition support and job training for youth, and built a clinic.

In 2017, Marie-Thérèse felt “God was asking me to do more,” and returned to the Sisters of Providence.

Her ministries include working with immigrants and people experiencing poverty through the Immigrant and Refugee Committee and the St. Vincent de Paul Committee at Our Lady of Guadalupe Parish, Seattle. 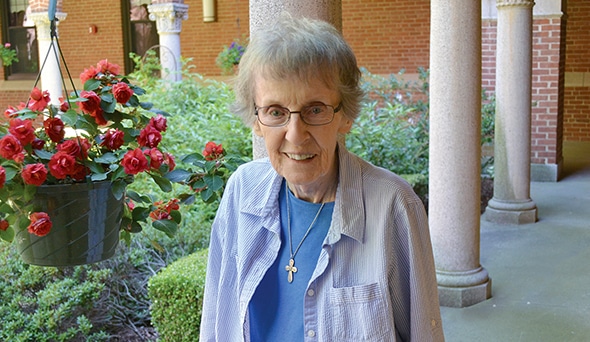 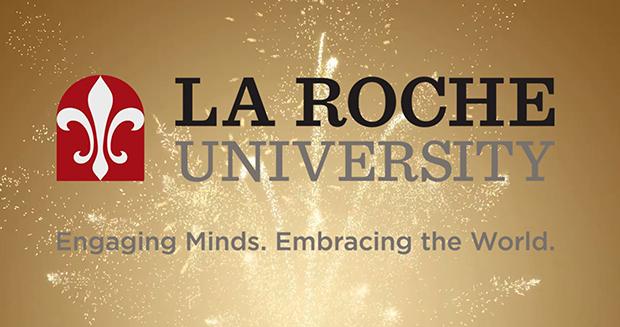