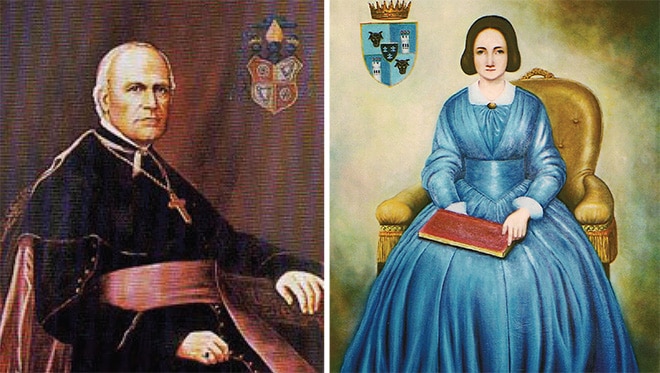 Sister Maria Fest, CDP, Congregational Leader of the Sisters of Divine Providence, writes about their upcoming congregational chapter and the 170th anniversary of their founding in this article.

We are preparing for our 24th Congregational (General) Chapter as well as celebrating the 170th Anniversary of our founding by Bishop Wilhelm Emmanuel von Ketteler and Stephanie Fredericka Amalie de la Roche von Starkenfels von Volte.  Fanny, as she was commonly called, was from an orthodox Protestant Huguenot family who had moved from France to Germany to avoid persecution.  She was known to Bishop Ketteler even before he was ordained a priest.  She converted to Catholicism. Shortly after her baptism, Fanny applied for admission to the Ursuline cloister which soon became a Franciscan Convent.  She was rejected because her conversion to Catholicism was considered too recent.  Hearing about this rejection, Bishop Ketteler invited her to cooperate with him in founding a community of religious Sisters to address the needs of the many people he encountered on a daily basis while he dealt with the larger social and political changes which were needed.  On September 29th 1851, a small group of women came together in the village of Finthen in Germany. They were given a distinctive dress and dedicated themselves to alleviating the hardships of the people they encountered.  It was the feast day of St. Michael the Archangel, which from then on was considered the Foundation Day of the Community.  Blessed 170th birthday to the Congregation of the Sisters of Divine Providence!

Of course, the story does not stop there.  When the Kulturkampf made it difficult for the Sisters to teach in Germany, Bishop Ketteler sent the first six Sisters to the US to teach German immigrants.  The Sisters soon attracted new members rand rapidly spread through the US and went to Puerto Rico as well.  In 1961 the Sisters went to Peru and in 1964 Sisters from S. Korea were entering the Congregation in Rome at the Generalate. Recruited by a Korean priest who wanted Sisters to staff the hospital he was planning to build in South Korea.   While the hospital never materialized, we now have 130 Korean Sisters of Divine Providence!  The Sisters went to the Dominican Republic in 1662.

We decided to have intercultural conversations on materials we had distributed to the Sisters for Chapter Preparation.  We planned two three-hour sessions.  Fortunately for us, we had thirty Sisters so we planned two days, with a session lasting  three hours.    When we added in the Congregational Leadership Team, that made approximately 20 participants in each session.  Both discussions were conversations of the whole.  Of course these conversations were held in the four languages of the congregation:  English, German, Spanish and Korean.  Having the conversations interculturally provided new insights broadening their understanding of the articles. The two articles discussed were:  Essential Calls of Religious Life by Maria Cimperman, RSCJ and Seeing with New Eyes:  The Inner Work of Transformation Needed for These Times, by Dr. Ted Dunn.

Questions to accompany the Articles asked the participants to reflect on: a) what claimed your attention?  What struck you as important for our congregation?  b) what transformation is needed among us now to shape “our future courageously” in order to respo0nd to the cries we hear?  c) if Bishop Ketteler and Mother Marie were living now, what cries of the world and church would they want us to hear and respond to?  And lastly, d) what could our future look like if we chose a common direction and shared our personal and communal resources?  From what was reported back, these intercultural, intergenerational, and international conversations were4 righ, expansive, and broadening in both the scope and the sharing.

Popular author, Margaret Wheatley rightly states: “There is nothing that has happened in this world which did not begin with a conversation. (1) The wisdom from these conversations may have benefited not only the participants but other members of the Congregation as well, as these conversations are shared with other Sisters and Associates.  Intercultural community is created by a sustained act of understanding and seeking to be understood across boundaries. (2)

For our first attempt, we were pleased with the results.  The brave Members of the Congregational Leadership Team who planned these conversations are:  Sister Mary Francis Fletcher, Sister Rosa Eunsoon Kim. Sister Liberata Ricker and Sister Maria Fest

We wish the Sisters of Divine Providence blessings on their upcoming chapter in June of 2022!  May your conversations be guided by the Spirit and lead to courageous future directions! 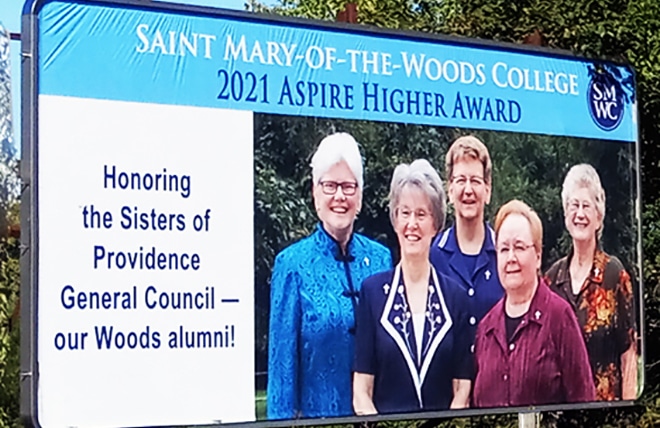