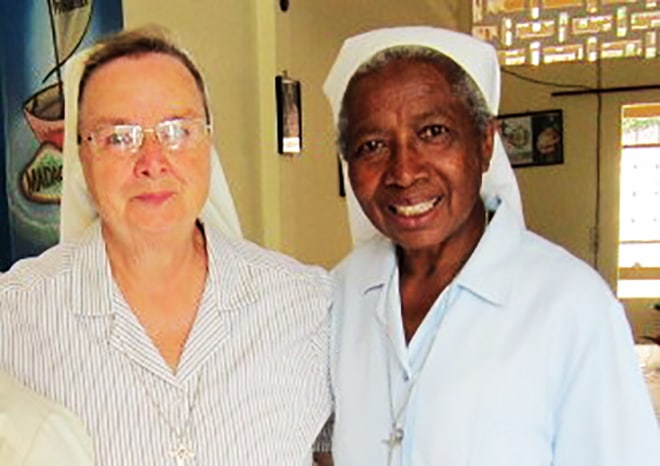 The Sisters of the American Province from Melbourne, Kentucky have always felt a kind of special connection with their Sisters from the Province of Madagascar—and the slow but sure penetration of the internet throughout that country has created new opportunities for the two groups to deepen their bonds of relationship with each other. Sisters are now connecting more and more often on social media apps like Facebook, through e-mail, and via the Congregational website.

Founded in 1950, Madagascar is the youngest of the three provinces that constitute the Congregation of Divine Providence of St. Jean de Bassel. When the province was but twenty-five years old, Sister Emerita McGann, CDP arrived on its shores to join the Sisters in their ministry among the poor. She remained for three years helping students, offering English lessons, and being a “providence presence” wherever her assistance was needed. She returned first in 1996, and since then, every three years. In some ways, Madagascar became her “home away from home.”

With the passage of time, the number of Sisters of Divine Providence on the island bloomed, and there continues to be many vocations today. Yet life is difficult in Madagascar; the average life expectancy there is just 65 years, and now time is catching up with the cadre of Sisters who entered in their youth. As many are in their sixties and even seventies, the province realized it must soon address the need to care for their aged and infirm Sisters. In 2017, it started to formulate some plans to build a place where that could someday happen. Blueprints followed shortly thereafter. And now, with help from the Congregation and private benefactors, the dream  became a reality!

The new retirement center is simple in design and located not far from the provincial house.  The new structure has twenty bedrooms, a dining room, a chapel, and an interior courtyard. It has a well, indoor plumbing, and electricity. A new water tower has been constructed on the property, along with a kitchen next door since cooking is not done in the same structure where they live.

This past October 19, 2019, the new center was dedicated.   Sister Susan Baumann, CDP, the Superior General, and Bishop Rosario of the Ambanja Diocese were present for the ceremony, along with many of the Malagasy Sisters.  An old friend and special invitee from the American Province—Sr. Emerita McGann—was also present.  Back in the United States, there were many more Sisters, Associates, and new friends who anxiously awaited the photos and stories of the event to show up on the web, in emails, and via Facebook posts—all deepening their growing sense of union with each other, and the one life they all share together in the tender love of a Provident God!

Photo:  Sr. Emerita McGann and Sr. Marie Theresa Betombozafy (one of the oldest members of the Province of Madagascar) 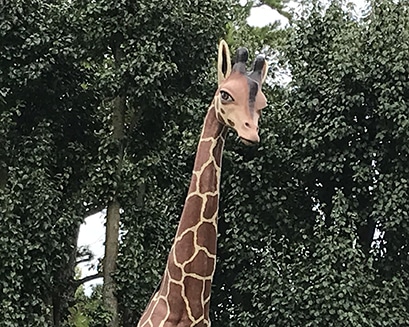 Sticking Your Neck Out 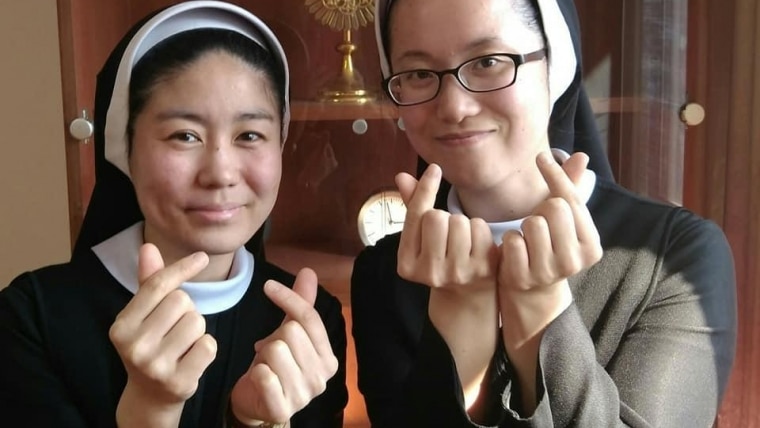