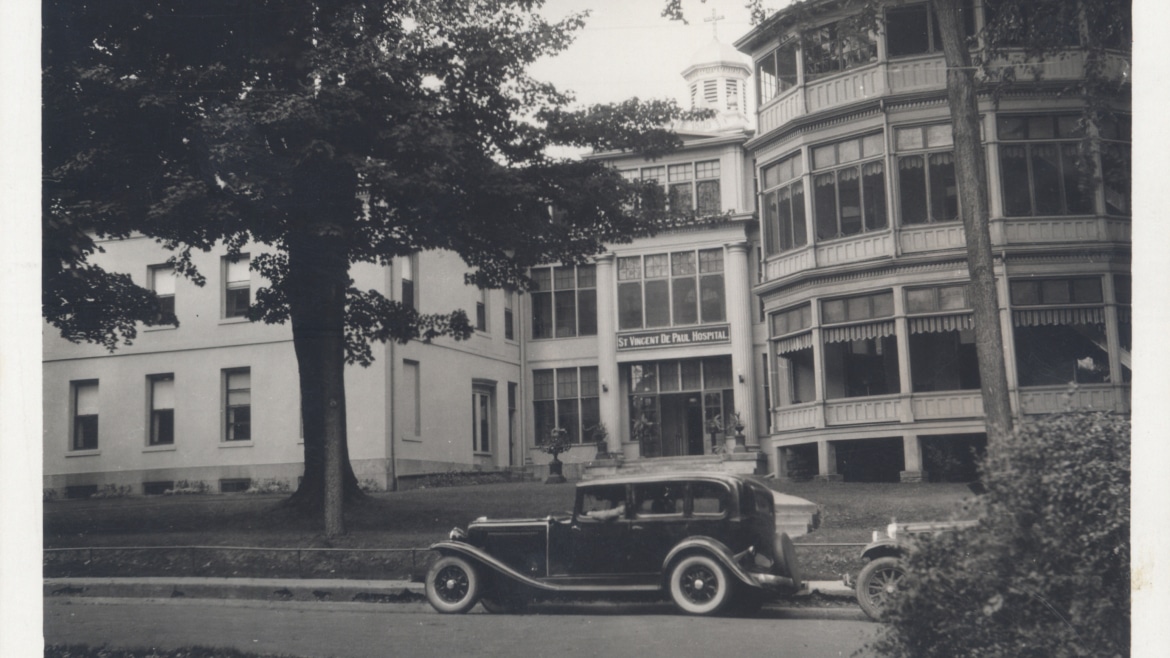 In 1887 there was a terrible railway accident and the Archbishop of Kingston, Ontario asked the Sisters of Providence to found a hospital in Brockville.  Responding to the need, the Sisters, of course, said yes.  With little resources to start with, the Sisters “grew” the hospital, opened a school for nurses, and joined the Continuing Care Centre.  For 119 years the Sisters of Providence sponsored the hospital, served on the board and had 20 Sisters as administrators.  See the whole story in this article provided by Veronica Stienburg!

“In December 2020 the Sisters of Providence transferred the former St. Vincent de Paul Hospital site in Brockville to the Marguerita Residence Corporation to be repurposed as affordable housing for seniors. St. Vincent de Paul Hospital was the first hospital founded by the Sisters of Providence and marks their entry into institutional health care.

A railway accident in April 1887 made it clear to the people of Brockville that they needed emergency facilities. As a result of that accident, Archbishop Cleary of the Archdiocese of Kingston asked the Sisters of Providence to found a hospital in Brockville. In November of 1887, the Sisters of Providence opened St. Vincent de Paul Hospital with 12 beds, 7 doctors and 17 nurses, in a repurposed house on Schofield Hill, in Brockville.

Five years later, in 1892, the hospital had outgrown its Schofield Hill location and the hospital moved to a former convent at 42 Garden Street. Over time several additions were built including the east wing in 1896 that included a surgical unit and obstetrics ward, another wing in 1912, a nurses’ residence in 1924, a new surgical unit in 1948, and a new wing in 1958. In 1968, the old east and west wings were demolished and replaced with a four-story addition, which included new operating room facilities, an intensive care and cardiac unit, and service areas.

In the early 1900s contagious diseases were prevalent in Brockville and the hospital frequently had to deal with cases of Scarlet Fever, diphtheria, typhoid and deadly small pox. This meant that Sister nurses were confined to isolation wards with the patients and, in cases of small pox, often accompanied the patient to the isolation hospital. Sometimes the outbreaks overwhelmed the staff, as noted in the Brockville Annals in May 1901, “We had four kinds of contagious diseases and had to have a Sister for each. We were obliged to ask at the Mother House for an extra Sister. Two were sent down, Sr. Mary Ephrem and Sr. Mary Isidore. The contagious diseases in the hospital are diphtheria, Scarlet Fever, mumps and erysipelas.”

A Training School for Nurses opened at the hospital in 1904.  The first class graduated in 1906. That same year, Sister Mary Eulalia, a 1906 graduate, took over as superintendent of the nursing school. During her twelve years running the training school, Sister Mary Eulalia earned a reputation as an excellent organizer and disciplinarian. The training school ran for more than forty years until 1946 when it closed due to a change in government regulations. The training school reopened in 1950 to train Nursing Assistants. The School for Certified Nursing Assistants operated at St. Vincent de Paul Hospital from 1950 until 1972.

In 1996, the hospital became part of Providence Continuing Care Centre and the Sisters moved out of their hospital residence into apartments. Acute care services ended at St. Vincent de Paul Hospital Brockville in 1998 and the hospital focused on complex continuing care and rehabilitation services. In the 119 years that the Sisters of Providence ran the hospital, 32 Sisters served on the governing board and 20 Sisters served as administrator of the Hospital, including Sister Mary Clement Shea, who held this position for 17 years. The hospital services were transferred to Brockville General Hospital in 2006, who then leased the site and ran it as the BGH Garden Street site until December 2020.

What a wonderful 119 years legacy they leave to the city of Brockville, Ontario and beyond!  You can read more about the re-purposing of this site in next week’s blog. 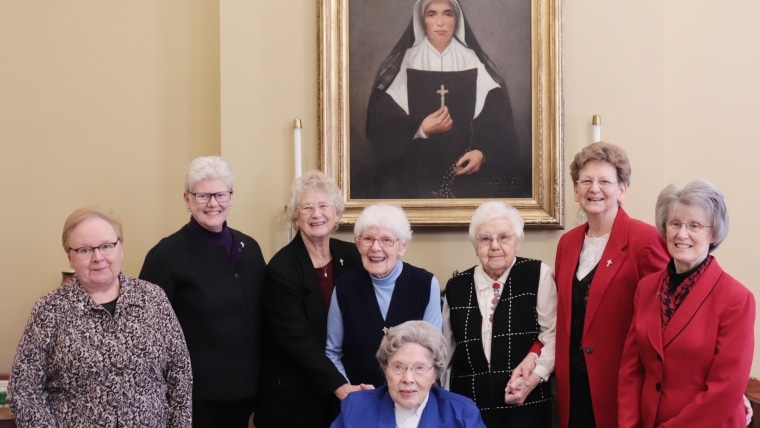 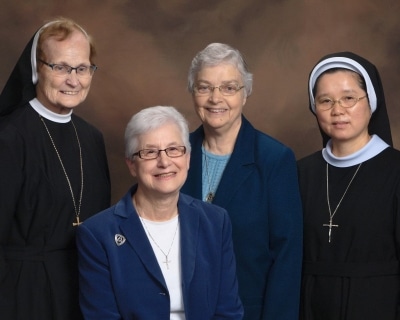 Living the Legacy in a Global Modern Society: An Intercultural, Intergenerational Mission Experience