The Development Board of the Sisters of Divine Providence in Melbourne, KY was not to be outdone by the pandemic!  Having to once again cancel the much enjoyed “Evening Under the Oaks” this creative group used technology to hold a raffle and make it possible for many to view it live streamed on Facebook!

“Since 2000, the “Evening Under the Oaks” event has provided the Sisters of Divine Providence, their friends and supporters with a much-anticipated annual opportunity to get together and share prayer, delightful conversation, a great dinner, and an all-around good time with each other while fundraising for various of the Sisters’ projects and needs. Spearheaded each year by the dedicated and talented members of the Province’s Development Board, the EUO (as it has come to be known), was sadly claimed by the pandemic in 2020 and again this year.

Development board members were not to be deterred, however. Determined to find a way to continue to support the Sisters’ projects and needs, they reached back to revisit wonderful EUO experiences of years past and noticed the success enjoyed by a new element first introduced at the EUO in 2018. At that time, sound panels were badly needed for Providence Hall, where major gatherings of the Province and many of its programs are held. A simple video about this was made available at the event, and people responded with overwhelming generosity! With sound panels soon in place, communication in the Hall was tremendously improved.

In 2019, this fundraiser morphed into a major raffle dubbed “Funds for the Nuns,” with the drawing to be held at that year’s EUO. Once again, it was very successful.  But when the pandemic came on so quickly in March 2020, there was little clarity at first around whether or not the EUO could be held. Alas, even the “best laid plans” sometimes come to naught, and the event had to be canceled.

As the new year dawned, it was apparent to the Development Board that, while the EUO could not happen in 2021, “Funds for the Nuns” could! And so, a simple raffle was organized: friends, relatives, and other supporters of the Province were made aware that it was happening and were invited to contact the Development Office if they were interested in participating. On the third Saturday in May (the traditional date for holding the EUO), the drawing for the raffle (once again, a smashing success!) was held with few people in attendance…but for the first time, it was also live-streamed on Facebook, making it possible for interested parties to watch!

The wonders of technology continue to expand our capacities to communicate with each other. But needless to say, we are all most surely looking forward to when we can all actually be with each other again—sharing prayer and conversation, breaking bread together, and just having an all-around good time!!”

Though technology has allowed us to communicate across miles, I think all of us are happy to be able now to actually be with each other again, face to face! 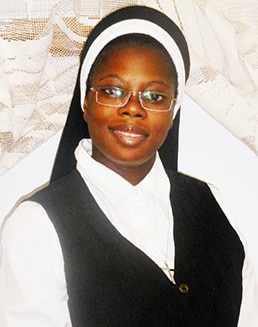 Every Beginning Is Difficult 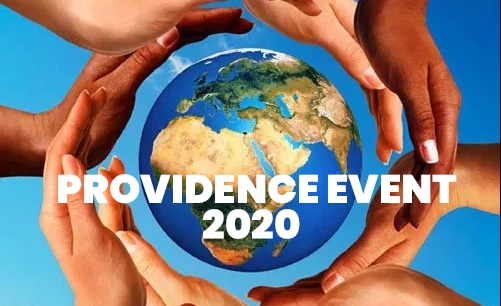