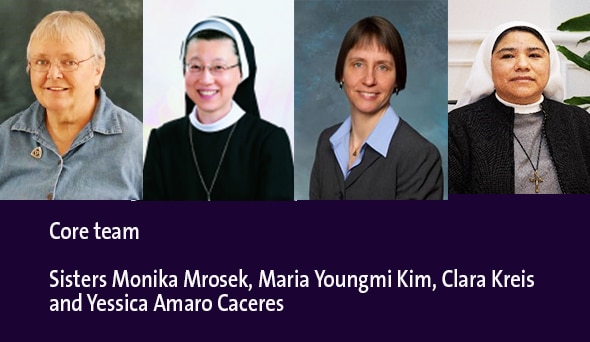 The Congregational Leadership Team was invited to consider applying for participation in a program called Engaging our Diversity through Interculturality. We applied and were accepted.

The program is in workshop style and will be held at the UISG facilities in Rome over the last two weeks in January, 2019. The purpose of the program is to assist a congregation in engaging its cultural/ethnic/nationality diversity and moving closer to a fuller expression and experience of mutually-enriching interculturality within the congregation and in its ministry/mission activity.

This program is designed to prepare a core team of four persons from each community to serve as the catalyst and resource to guide their own Congregation through this process, They, in turn, would be available as interculturality resource for other congregations.

Our core team is comprised of our four international Commission Chairs: Sisters Monika Mrosek, Maria Youngmi Kim, Clara Kreis and Yessica Amaro Caceres. In selecting the core team, we were to try to achieve the following composition: one in leadership, one in formation ministry, two of the four under 50 years of age, if possible and representative of four different cultures. The members had to have proficiency in English, Spanish, French or Italian and to have a common language for their work as a team.

UISG explain their rationale for developing such a program:
Religious congregations, on one hand, acknowledge the giftedness of their multiculturality, but at the same time, they realize that they often do not achieve the ideal of true multiculturality in their religious community life and their ministry contexts due to misunderstandings, miscommunication, and unnamed prejudices. Acknowledging and engaging their cultural diversity would impact their understanding and practice of the following: vocation promotion, formation, community life, spirituality, leadership, and finances. Religious congregations have various levels of experience in responding to these challenges. However, many, if not almost all religious congregations recognize the urgent need to develop more clearly and deeply the intercultural Body of Christ.

Facing the challenges of this moment of multicultural transition is a key element and opportunity in the ongoing process of transforming the face of religious life around the world and of enriching and reviving the vision and practice of the charism of each congregation in a way that is appropriate and relevant today. This can provide a strong prophetic vision for the Church and the broader society that the interaction and engagement of different cultures and nationalities can be an opportunity for mutual transformation and enrichment.

Even before the workshop begins, the Team had to develop their congregational intercultural journey according to a set of guidelines provided. They also had to write a case study describing a specific and concrete cross-cultural incident within the context of their religious congregation. Both pieces were submitted by the Core Team Leader by September 3. These will be used during their two-week workshop at UISG headquarters in Rome from January 21 to February 1, 2019.

We also are grateful for the service of Sister Stephanie Turck who worked with our Core Team to help them develop the two projects. She helped them with her technology skills in setting up their ZOOM Meetings—a real challenge when the time difference between countries (states in the countries) was up to 13 hours. Since none of the Core Team members had English as their first language, she helped to craft the project, taking their ideas, putting them into PowerPoint presentations and/ or five-page narratives. 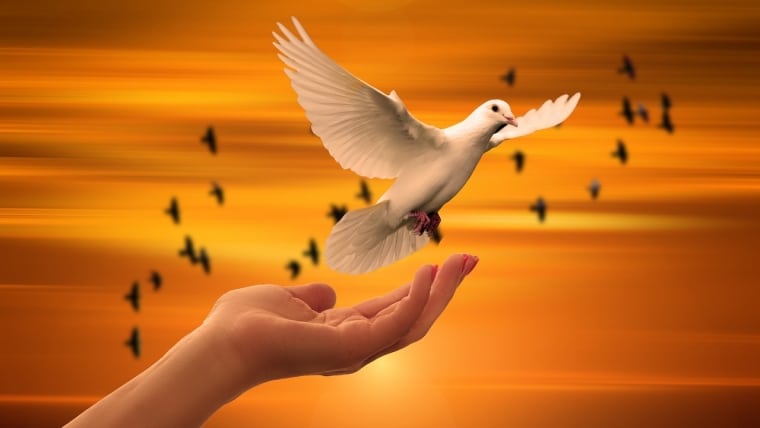 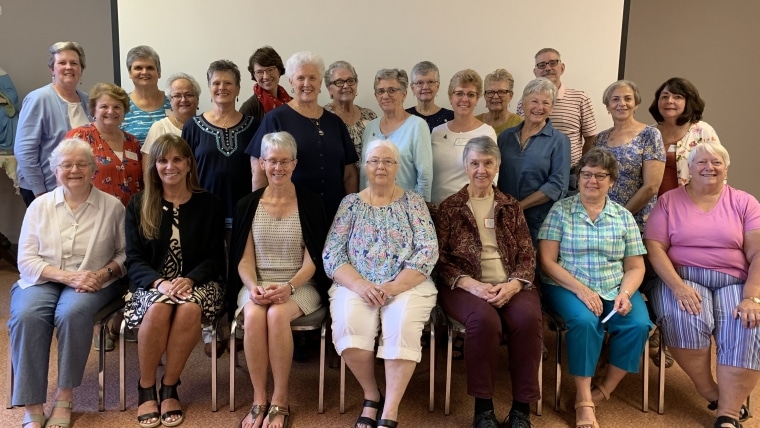