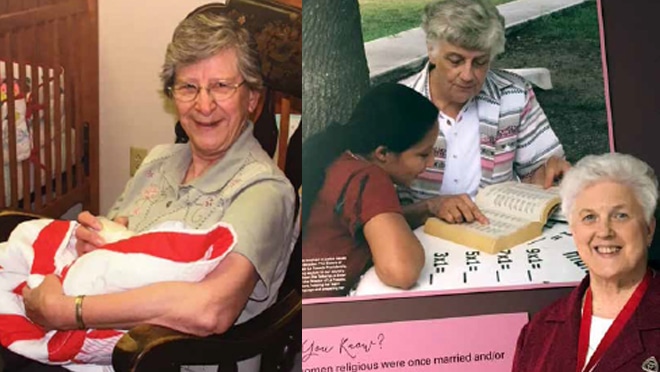 The St. Louis Public Library celebrates religious sisters’ history and impact on St. Louis with an exhibit at the library’s central branch from March 3 to April 28, 2018. The exhibit in the Carnegie Room, “Catholic Sisters: The Spirit of St. Louis,” was planned to mark National Catholic Sisters Week.

The exhibition was an outgrowth of the Sisters’ Communicators group discussing how to celebrate National Catholic Sisters week this year.  It is also the 200th anniversary of Catholic Sisters in the St. Louis archdiocese.  St. Rose Philipe Duschene came to St. Louis in 1818 and began schools there.

Though there are about 40 congregations of women religious in the St. Louis archdiocese, this exhibit was the work of 15 congregations whose communicators meet each month.  Sr. Barbara McMullen, CDP, meets with this group.

In conjunction with the exhibit, Sr. Barbara was also one of three Sisters who had the opportunity to be interviewed by Don Marsh of KWMU 90.7 FM, in his program, “On the Air.”  She and two other Sisters answered questions about the exhibit as well as some about religious life then and now, the church, and their personal calls to become Sisters.

“The exhibit has appeal for not only Catholic St. Louisans familiar with the sisters’ back-story but non-Catholics learning about sisters for the first time. Some people don’t realize they have been impacted by sisters through health care in our community,” said Jenny Beatrice, communications director for the Sisters of St. Joseph of Carondelet.

In addition to historical photos and artifacts, the exhibit also covers present-day ministries. Women religious in St. Louis remain committed to doing God’s work in collaborative efforts such as Marian Middle School and the English Tutoring Project, and in individual ministries such as social justice, music and art. 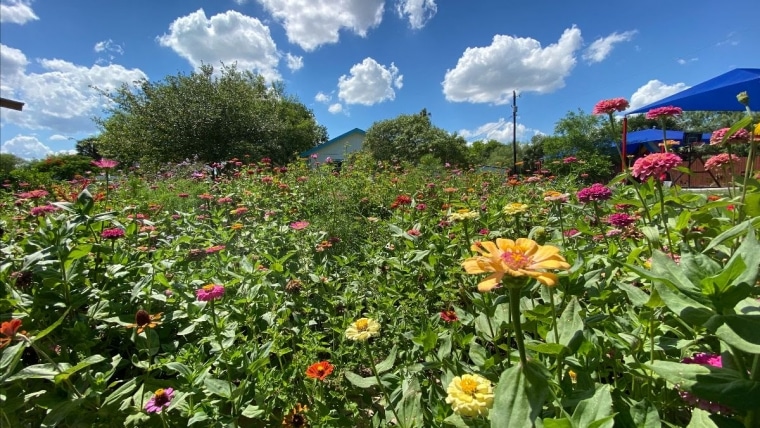 Providence Sisters Under 55 Gather via ZOOM