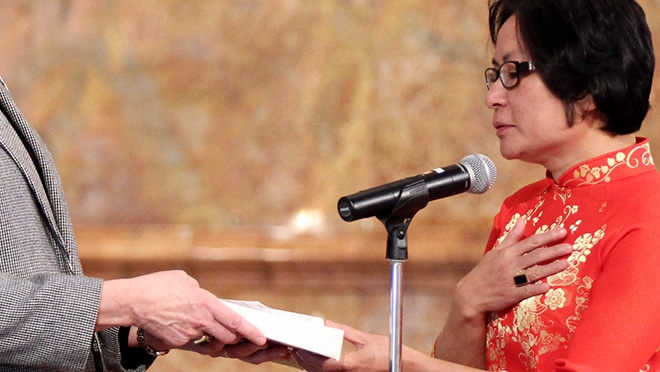 Sister My Huong Pham finally feels at home. “I feel bold and official,” she said, “a Sister of Providence.” For Sister My Huong, a process that began three years ago came to completion on Sunday, February 25.

On that day, Sister My  Huong transferred her perpetual vows to the  Congregation of the Sisters of Providence of Saint Mary-of-the-Woods, during liturgy in the Church of the Immaculate Conception.

Pictured above: General Superior Sister Dawn Tomaszewski leads My Huong through the vow transfer ceremony in the Church of the Immaculate Conception at Saint Mary-of-the-Woods.

She eventually traveled to the United States where she received a bachelor’s degree in theology at Saint Mary-of-the-Woods College. Her time at Saint Mary-of-the-Woods with the Sisters of Providence had a profound impact on her. “I was led by God’s Providence into a foreign land,” Sister My Huong said. “I discovered God’s love, mercy and justice exemplified in the life and ministries of the Sisters of Providence.”

In 2015, Sister My Huong expressed her desire to transfer her vows to the Congregation of the Sisters of Providence and the process began. For two years, she ministered in health care at Providence Health Care. In September 2017 she began residency in Clinical Pastoral Education at Deaconess Hospital, in Evansville, Ind.

Sister My Huong said the transfer of vows was a “tremendous experience.” “I feel my life anew,” she said. “The whole process helped build a sturdy bridge that enables me to be genuinely transformed and to be carried over into a totally new, different person – a woman of Providence.

“The completion of this transition is also significantly an invitation to a of life – bringing forward the more fullness in my life by spreading love, mercy, and justice to the brokenness of this world. And this is what I anticipate in my forthcoming transitions.”

Sister My Huong added she was very grateful for every-one who helped her during the transfer process.

“I cannot disregard those who have had great impact on this process,” she said. “I am so grateful for the sup-port of my mentor, the Sisters of Providence Leader-ship Team, my spiritual director, the sisters, my family, Providence Associates and the many supportive friends who have walked with me through the entire process of discernment of God’s plan and purpose for me.” 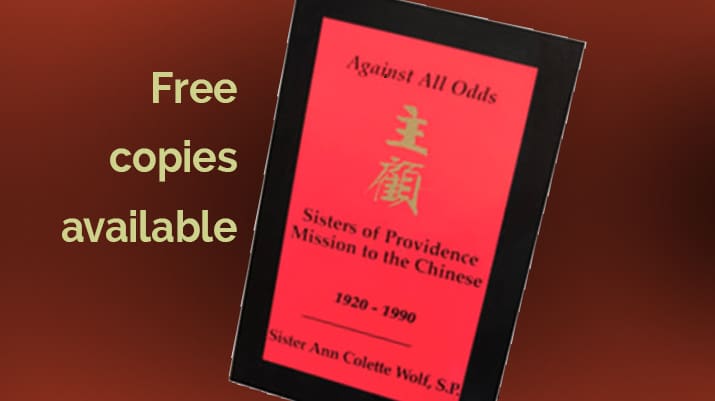